Our love of Learning Leads us to Excellence

For the first half term, Year 3 have been learning about World War One. This year is the 100th anniversary of the war ending.

We read ‘Peace Lily’ and Year 3 wrote letters from the character Ben, a soldier in the First World War. We also wrote war poems about soldiers in the war.

On Monday 15th October, we looked at soldiers’ medals and badges from World War One. Year 3 had a go at designing their own war medals and we made these into badges!

On Friday 5th October, parents were invited into the classroom to join their children for activities for Red, White and Blue Day, to mark 100 years of the war ending. We decorated bunting and flags, built paper tanks and made bully beef sandwiches using rations!

On Thursday 18th October, a World War One soldier visited Year 3! We impressed him with our knowledge of the First World War and he told us about life as a soldier. It gave us an insight into the life of a soldier and Year 3 had the chance to ask lots of questions. They also got the chance to be involved in various drills in the playground. 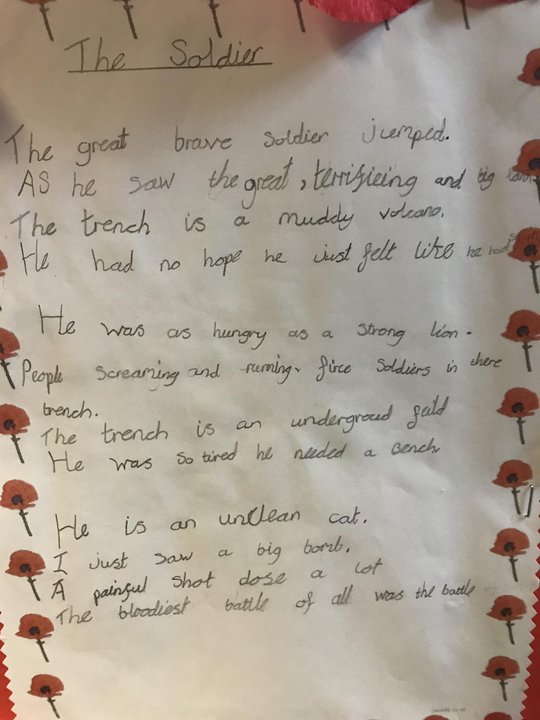 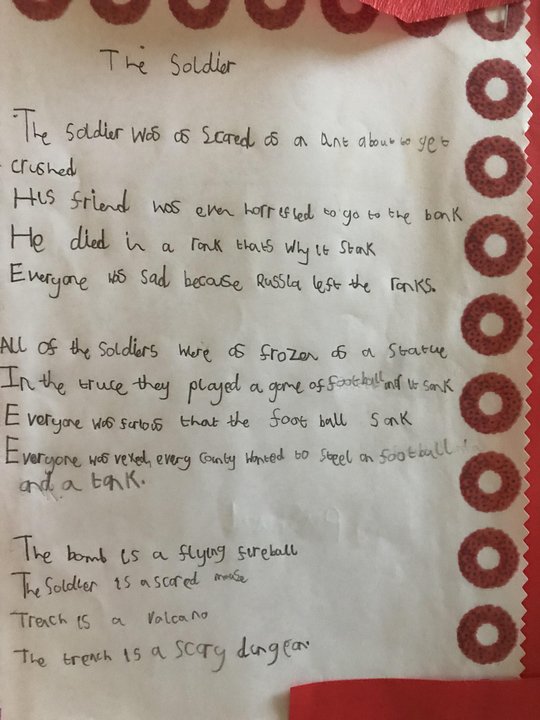 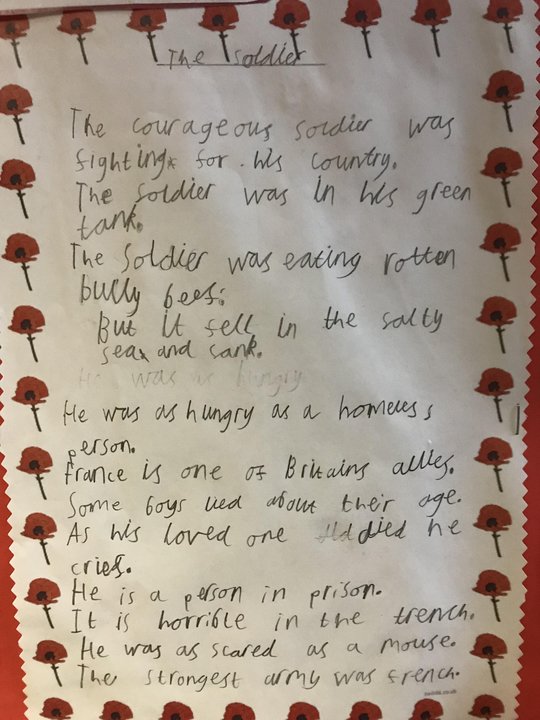 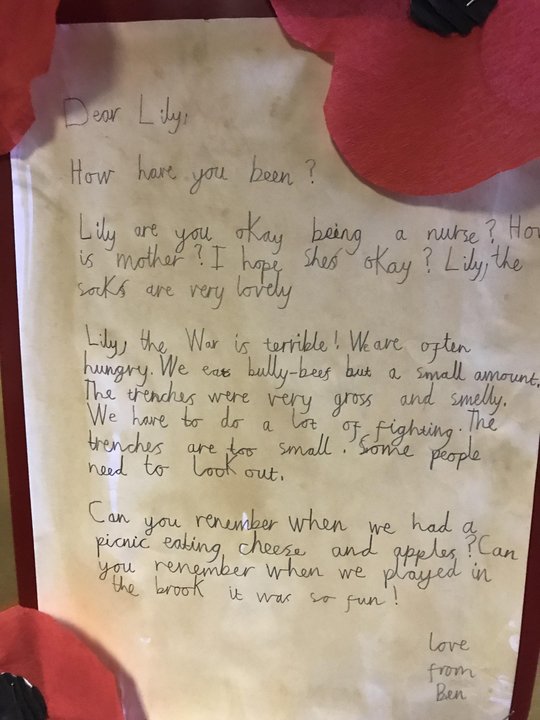 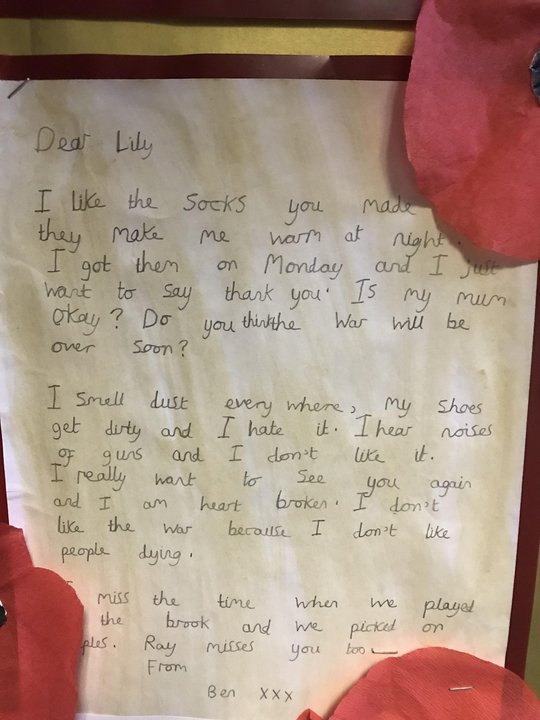 © 2020 St George's Church Of England Primary School.
Our school website, mobile app and podcasts are created using School Jotter, a Webanywhere product. [Administer Site]
We use cookies to provide you with the best experience on our website. Read our Privacy Policy to find out more.